Robert C. Scott – Founder | Richard A. Lambert, Sr. – President
In 1910 a young man, 22 years old, upon feeling the need for a funeral service establishment of high caliber, founded the Robert C. Scott Funeral Home, the outgrowth of a partnership which was operated as Lewis and Scott, Undertakers at 2210 East Main Street, Richmond, Virginia, in the city’s “Bird-in-Hand” community, in the valley below Church Hill.
Under the ownership of Robert C. Scott, who was one of the first black embalming license holders in Virginia, holding license # 75, the firm grew rapidly following rigidly a policy of service of excellence.

In 1936 the firm was incorporated as Robert C. Scott, Inc. Changing times and expansion the firm has evolved to the present designation, The Scott’s Funeral Service, carrying the same policy paramount in its goals and aspirations, “Service of Highest Caliber.”

Funeral services have come a long way in its development in the 97 years the firm has been operating. The first transportation facilities of the firm were made up of horse drawn vehicles. Scott was the first operator of a funeral establishment to convert to total motorized equipment in the city in the early teen years.

This progressive pioneering spirit characterized the founder and his firm. It was the first firm to operate branches in various sections of the city. At one time in its history, the firm operated our branches, or Neighborhood Chapels,” as they were called. As the population shifted, a result of urban renewal and affluence and the neighborhood chapel concept no longer served its original purpose, the firm in 1967 moved into its present modern new facility on the corner of Brookland Park Boulevard and Lamb Avenue of approximately 9,000 square footage which houses all of the facilities of the dressing rooms, selection rooms, state or viewing parlors, a chapel seating in excess of 225 people, conference and business offices, lounges, attendant’s area, Hammond organ, public address systems and a lighted parking area capable of accommodating 175 cars. 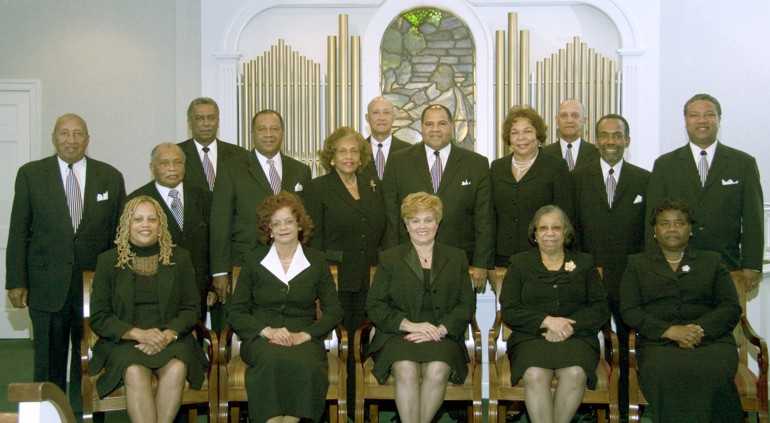 WELCOME TO SCOTT’S FUNERAL HOME | The loss of a loved one can leave you with a lot of unanswered questions. Our experienced funeral directors at Scotts Funeral Home will guide you through the aspects of the funeral service with compassion, dignity, and respect. Our staff of dedicated professionals are available to assist you in making funeral service arrangements.
READ MORE

When planning a service, you have many options available to you and we will do all that we can to provide a beautiful and respectful ceremony. Our highly experienced staff is committed to providing each family with compassionate professionalism.
LEARN MORE

View LIVE and past video celebrations from any device.
VIEW

Call us any time of the day, night, and any day of the week, for immediate assistance.
CONTACT

Dont let cost of a funeral stress you. Click the button below to check your rate, it only takes seconds and it wont impact your credit score.
BEGIN

Our professionals have gathered a few recommended resources for your family and friends to use during this time of loss.

Holding a funeral or memorial service for your loved one is a positive first step in the grieving process. Family members and friends get a chance to say their goodbyes and lean on each other.

Most of us plan ahead in life. We plan for our wedding, our children’s education, family vacations, and other significant expected life events. Funeral planning should also be on that list, let us show you why.
BEGIN

Our professionals have gathered a few recommended local and national resources for your family and friends to use during this time of loss.
READ MORE