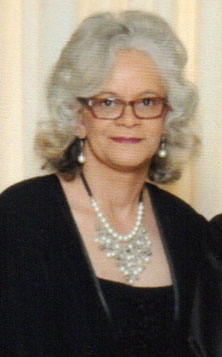 Bertha Wilson Fleming, daughter of the late Charles T. Wilson, Jr. and Gertrude Stokes Wilson, was born in Farmville, Virginia on August 22, 1954. She was reared in Petersburg, Virginia. In 1972, she graduated from Dinwiddie County Senior High School. In 1997, she graduated with honors from John Tyler Community College with an Associate Degree in Applied Science in Funeral Service.

Bertha has been employed by Scott’s Funeral Home since May 1997 where she is a licensed Funeral Director and Office Manager.

Prior to joining Scott’s Funeral Home, Bertha was employed as a Supervisor/Senior Buyer in the Purchasing Department for Allied Signal, Inc., now Honeywell International for twenty-two years.

She is married to John W. Fleming and they are the proud parents of one daughter, Jacquelyn Fleming Avent and two granddaughters, Jordan J. and Jayla D. Avent.

Her favorite past times includes listening to gospel music, reading and bowling.

View Current and Past Obituaries and Sign the GuestBook of Familes we have SERVED..

Send your support and condolances by sending flowers with a click of your mouese.

Dont let cost of a funeral stress you, we can help.
LIVE STREAM

Click here to view our live video stream from any device.

SAMPLE VIDEO
Take a look at one of our video services.